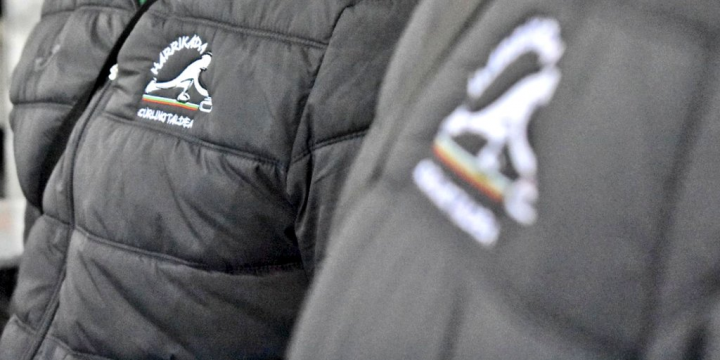 Harrikada Aktion and Harrikada Oreka teams have carried out the relegation from the 1st Division at Male Spanish Championship on the second phase of the competition celebrated this weekend in Jaca.

It was not possible, and both Harrikada teams didn´t show their best competitive level that allow them to remain one more year at the first league. Harrikada Aktion as much as Harrikada Oreka finished their participation on this second phase with defeats, adding to an unsatisfactory first phase, which drives to the last positions on the ranking.

Harrikada Oreka (Rubén Martínez del Pino, Máximo Calvo, Félix Díaz de Lezana, José Miguel Vallés and Javier Pérez de Goldarazena), tried to find their options against Val d’Arán, and mantained the level until the end of the game, but finally the victory was for the catalans. The match versus Jaca started much more intense with a 5-0 in the first end but Jaca was climbing it end by end until change the score to Jaca side. Already in the last game against SVC Iparpolo they didn´t give any chance and closed the scoreboard in the last vitorian derby.

On the other side, Harrikada Aktion (Iñigo Ruiz de Eguílaz, Egoitz Gordo, Iosu Gabilondo and Iraitz Pérez de Goldarazena) didnt´find a game level that let them fight against Txuri Berri Cafés Aitona. But the key was at the beginning of the match versus Puigcerdà Pànxing, with a 0-3 in the first end. All the ways that Aktion tried for the recovery were dismantled by the opponents, even on the last end, assuming a big risk with 3 Aktion stones on the house, the objective could not be closed. In a last and with no interest game against Sporting Club l’Olla it was closed with a new defeat even with a very good start.

The title of Male Spanish Champions was for Txuri Berri Cafés Aitona, that won the final game to Sporting Club l’Olla. Bronze medal was for Barcelona that defeated SVC Iparpolo.

In addition to this, Female Spanish Championship was completed that also went for Txuri Berri Cafés Aitona, that won SVC Iparpolo. Bronze medal was for Club de Hielo Pisuerga, that defeated Val d’Arán.

From Harrikada Club congratulates to the champions in both competitions and encourage our players, wishing they find the opportunity to come back to the maximum competition the soonest possible.