Harrikada goes to Phase II to save the category 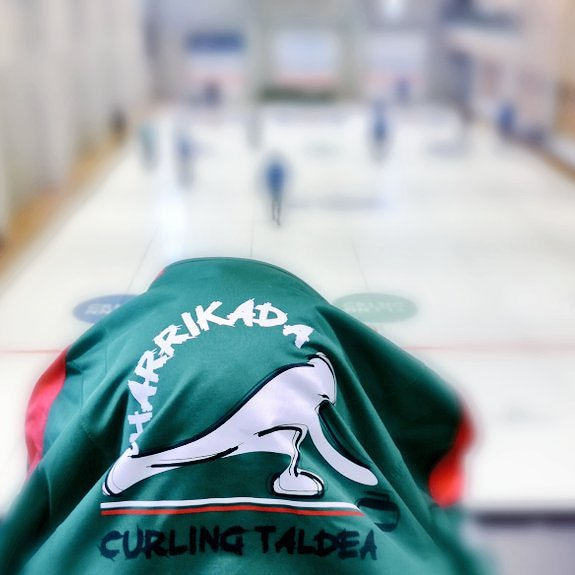 The second phase of First division Male Spanish Curling Championship will test again two Harrikada teams; Aktion and Oreka, who are in difficult situation. The main objective is to save the category.

Again, Jaca will be the scenery for the last 3 rounds to finish the qualifying round that will give the 4 teams that will fight for the title, and the 2 teams that will fall to the second division. It is there, where our both teams have been forced.

Harrikada Oreka (Rubén Martínez del Pino, Máximo Calvo, Félix Díaz de Lezana, José Miguel Vallés and Javier Pérez de Goldarazena), at this moment are on the last position of the qualification, without any victory. It will be difficult to get the neccessary wins as their direct rivals are very far on the ranking. Anyway, they will try it and they can even decide the destiny of their opponents: Val d’Aran, Jaca y SVC Iparpolo.

On the other side, Harrikada Aktion (Iñigo Ruiz de Eguílaz, Egoitz Gordo, Iosu Gabilondo and Iraitz Pérez de Goldarazena) have a lot to say yet as they have 2 victories, same as Jaca, Puigcerdà Panxing and Val d’Aran. Specially against Val d´Aran will be a key that will give salvation to one of them. The rest of games will be versus Txuri-Berri Cafés Aitona and Sporting l’Olla. There are still remote options to go up in the ranking and go into Play-off,but not depending on themselves.

Sunday is booked for the best 4 teams that will decide the title of Spain´s Champions, in males and females as they will play their Play-offs with semis between Txuri Berri Cafés Aitona versus Hielo Pisuerga, and Val d’Arán against SVC Iparpolo. Our Harrikada T&I ladys did not reach the qualification for it.

The winners will represent Spain in the next European Championships in Tallinn (Estonia), from 16 to 24 November.

Wishing the best luck to our teams Aktion and Oreka.